A Cognitive Processing of The Writings of Cherríe L. Moraga and Gloria E. Anzaldúa & Ruth Frankenburg 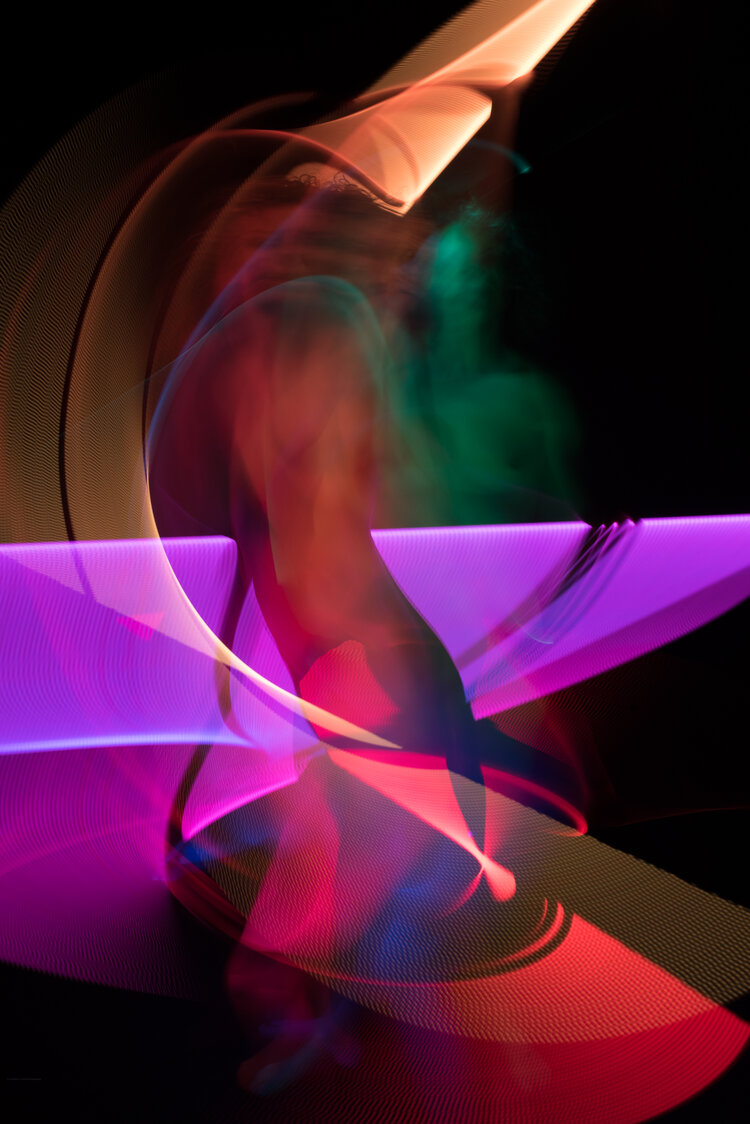 Since this country’s founding under British Colonialist rule to post American Revolution when the United States of America was formed, our country—throughout it’s history—has been dominated by a seemingly impossible divide among socially constructed races due to the egregious slave trade, and deeper rooted classism, misogynistic, and patriarchal divisions. This divide has made the discussion of a created US Third World Feminism essential to broach an academic and progressively open dialogue about the essential necessity for feminism and acceptance of all humans no matter their gender or race. “I urge each one of us to reach down into that deep place of knowledge inside herself and touch that terror and loathing of any difference that lies there” (Moraga, Pp.xlvii). It isn’t until we truly acknowledge the injustices that have occurred against women and BIPOC that will are then readily able to recognize these injustices—in all places of our government and country—the division and segregation that deeply divides our countries inhabitants; yet, there is hope that these old fashioned notions will be abolished. This was most recently demonstrated with this past year’s #BlackLivesMatter movement. This essential hope continues to exist through our democracy not failing in the 2020 election with the election of the first female Black and Asian Vice President, Madam Vice President Kamala Harris. For the first time in our country’s 200+ year history, a woman has finally been elected to one of the highest offices in our government, thereby paving the way for future women to continue to hold and dominate in positions of power.

The wretched political climate of misinformation that came from the 45th President of America has led the way for the next political, human rights, and creative movements. More people than ever came to protest for Women’s Rights, Black Lives, LGBTQIA+, and Climate Change. As long as the cyclical historical tendency for humans to forget and for history to repeat itself does not continue, we will all need to continue to work towards full equality, and acceptance of every human decent human being in not just our own country, but the world as a whole. Thinking about this makes it obliquely obvious that our country set itself up to govern by the official separation and segregation of its citizens—perpetuated by checking a box speaking to each persons individualities, which announce historically where you fall within our governments value systems. If you are a woman, you get paid less than a man; if you are Black or Latina woman, you get paid less than white and Asian women. This separation leads some mis-led and mis-informed individuals to believe that they are entitled to more privilege than others. This privilege is not only a benefit to their financial and economic standing, but seeks to gain value upon the oppression of those deemed as less than in society and seeks to further strengthen the egregious outdated beliefs of segregation of categorized or deemed as Other. The need of our government to classify race speaks to an important history that must be remembered as to not be repeated, but also perpetuates the belief in some that this gives you power of those whom look, and or are different than white and heterosexual. “In other words, any system of differentiation shapes those upon whom it bestows privilege, as well as those it oppresses. At a time in the histories of both the US and UK when we are culturally encouraged that white people should view ourselves as racially and culturally ‘neutral’ rather than as members or facially and culturally privileged or dominant groups, it is double important to look at the ‘racialness’ of white experience” (Frankenburg, p.51). It is to say that for years since the Europeans’ migrated from to the America’s that they considered themselves to be the dominant Puritan peoples, whose lives meant more than the Indigenous Americans that were seen as less than due to the Puritans ignorance, lack of knowledge, and insight into their languages, cultures, and vast knowledge of how to live on this land planet harmoniously. Have the genocide and theft of Indigenous American lands, white people then brought the slave trade to the America’s.

Prejudice is taught, but it also can be unlearned. Fear of being different, and or fear of the unknown fuels prejudices. This is why education, communication, and seeking truth through thorough researching of all historical scientific art and evidence is essential. As a child, you have simple wants and needs; to learn, grow, make friends, and play. As a child, you see others as part of your own—the human race—with unique and beautiful differences. It is not until events occur that exposed to the existence of racism, sexism, ableism, etc.—likely through an elder or peer making nasty comments—that present you with the histories of races and their place in human history. “When I was about eight or nine and walking with my uncle down the street and kind of mutually bumping into a Black woman. I just said ‘Excuse me’, and she said ‘Don’t ever say excuse me to a nigger. If you bump into them or they bump into you, it’s always their fault. And I said ‘How is it their fault if I bumped into them?” (Frankenburg, p.62-3). It is from the racial slanderous (and even some seemingly-innocuous stereotypes) remarks that children are taught prejudice. It is not that we are born prejudiced, racism is taught, learned, as Darwin said, we are a product of Nature vs. Nurture, and this is where our evolution stems from. Many people have the ability to separate their own beliefs from those of negative societal norms that push towards people conforming to societal belief systems and structures that historically were created by the misogynistic patriarchal ruling classes during the formation of governing bodies, but a great majority conforms to these beliefs for fears of hate crimes, and Otherization. As artists, we must fight continually towards the eradication of racism that Otherizes genders and races seen as anything other than white and heterosexual. “We have got to know each other better and teach each other our ways, our views, if we’re to remove the scales (“seeing when they are critical-Quintanales”) and get the work done (Cade Bambara, p.xlii).” If we allow systemic prejudices to facilitate an effect on the way we perceive different races then we miss out on a lot of life, knowledge, and understanding that enables us to gain a greater grasp intellectually of what it means to be a human being and our place in the world we live in. Lack of understanding and knowledge leads to cruelty, ignorance, injustice, and a degrading cyclical cycle of misogyny and racism. 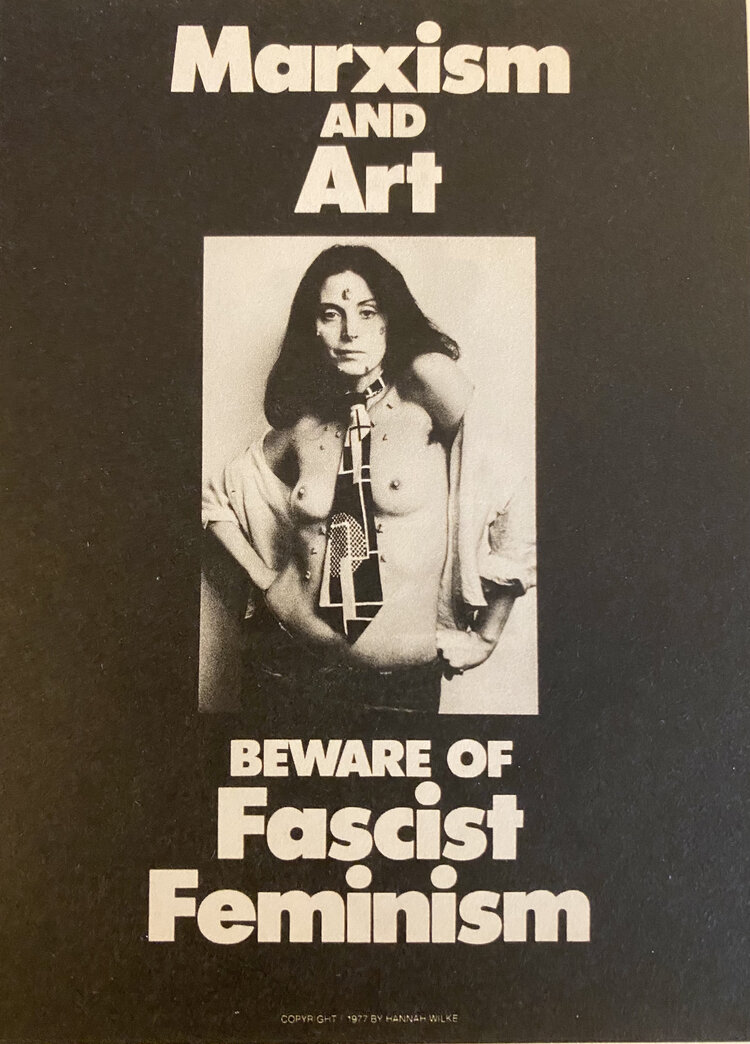 As a female artist athlete that comes from a mixed racial family, which includes persons of many different races, sexualities, and belief systems this has always instilled an innate curiosity that in turn has fueled scholarly research to facilitate my artistic practices. Learning about the world through others lived experiences, stories, my own experiences, research, and growth have been my truth. Science is truth just as much as art is truth. The purity of moments so intimate, it as if one would shy away, and yet, a perfectly imperfect encapsulated moment exists from the physical act of creation. It is feminist artists like Ana Mendieta, Hannah Wilke, and Cindy Sherman’s rawness that makes mark on the essential necessity of have conversations about race and gender. When I consider Beware of Fascist Feminism, 1977 created by Hannah Wilke, I remain cognizant of the consistent fight that must occur in myself, as well as other female artists, so that our bodies, our skin, our beings remain our own and can communicate how we see fit dependent on the subject matter in order to break down the negative societal stigmas surrounding race and gender; so as, to move forward, to grow, to listen, and to own our strengths. We must continue the conversations and not become complacent.

Moraga, Cherríe, and Gloria Anzaldúa, eds. This bridge called my back: Writings by radical women of color. Suny Press, 2015.