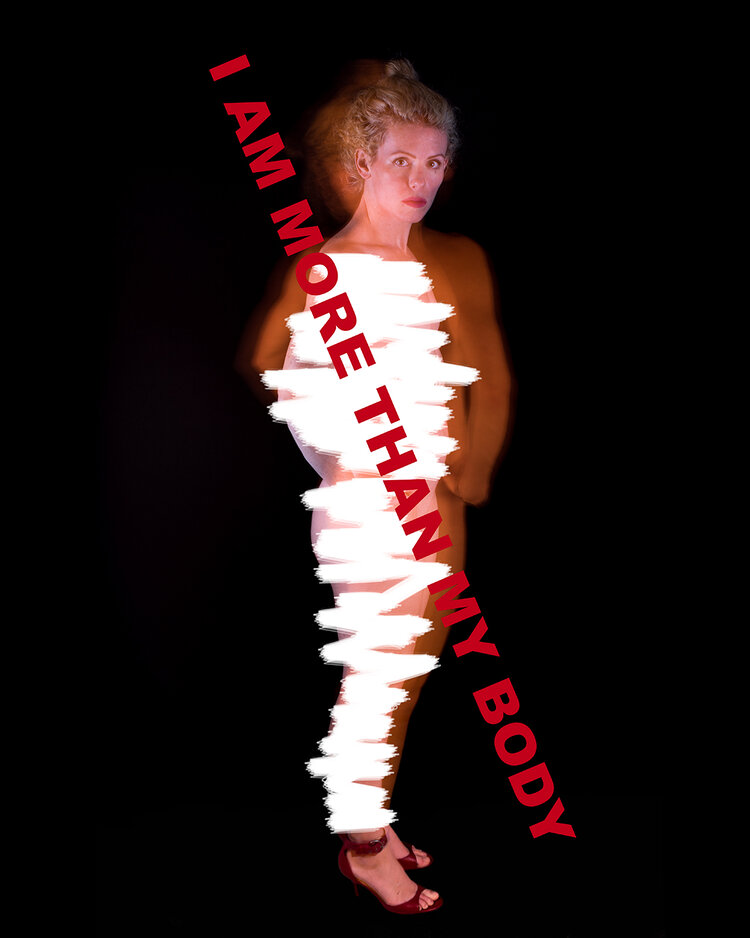 There are many different approaches to feminism, feminist thought, and feminist theory. From country to country there is a history of very different perspectives of what feminism, feminist thought, and feminist theory are…West vs East…North vs South. Joan Scott brings up numerous examples arguing that men and women are the same, “sameness equality is a requirement” (Scott, p267). Through this, Scott finds a new approach to the differences in feminism, and I find myself critiquing these opinions through my own specific lens. This lens is of a strong, female artist athlete feminist, who comes from a family including persons of all races, ethnicities, and colors. This multi-cultural lens of feminism that dominates my mind often makes me take a retrospectively harsh lens in regards to my own creative work, as I often find my sense of self-being dominated by an anthropological view of who I believe I am, where I call home, and my particular artistic communication dominated by a feminist upbringing.

Feminists have long used clothing as a way to speak out to society about whom they are and that they will not be defined by negative societal norms. The way we dress matters, just as the way we create matters. It is our signature way that we communicate to the world—courage is essential. When contemplating current fashion, we have begun to see a lot of fashion artists making formal wear out of sweatshirt material; we are presented with suits that seek to critique the historical formal dress wear that dominated the better portion of the twentieth century, and in its’ many variations including wool. Dress historically, has historically been a way human beings were taught to define the sexes. Dress was important, there was a proper place for each gender, and you were seen as “rebellious” if you did not. Women were raised to believe they weren’t as physically or psychologically strong as men, that it was our jobs to get married to a man in order to have kids, and that a woman’s place was inside the home. Men were raised to not show all their emotions, that they could not be sensitive, that they had to provide, and be tough. Men wore pants and Women cumbersome dresses. We thankfully realized not too long ago, in retrospect with the entire human timeline, that these old archaic beliefs were garbage. Women were/have always had the ability to be just as physically and psychology as strong as men, but it was how I woman was raised based on societal definitions of the gender that defined these limitations with most, and there existed some women who had the privilege to be able to rebuke against these definitions set by the patriarchy and not depend on men for. This brings me to the prolific photographic work of Germaine Krull, and in particular her image, Nude, 1935. This image is so empowering, the viewer is presented with a naked women baring her breasts, while wearing leather gloves, squeezing her neck, and chest demonstrating that sensuality and power had always been present within a woman. This image is bold, extremely controversial for being created in the 1930’s, and created be a female, even rarer, a widely published photographer (even cooler, a women of the Bauhaus). During this time, a woman couldn’t live alone without being married or having a same sex roommate without it being seen as a lady of impropriety. It was a woman’s job to get married, bare children, service her husband, and kids. In the later twentieth century, this principle was finally recognized as a sexist and outdated belief system. Now, in the twenty-first century, this outdated archaic principles no longer dominate most woman’s worlds. It is not a woman’s job to “only” have kids or take care of a home and women are just as capable as being as successful as men. However, the reality is that women still get paid less than men, we get chosen far less to be exhibited in National Museums, and women have had to deal with far more shit than men to achieve the same goals. If you take notice, the most prolific, well known female artists are the ones that use self as subject naked or create other women nude, that are the female artists who are represented and well known all rebuked against the system and the patriarchy by demonstrating publicly that their bodies were their own. This is a fight us women are still fighting today and it is now 2021. 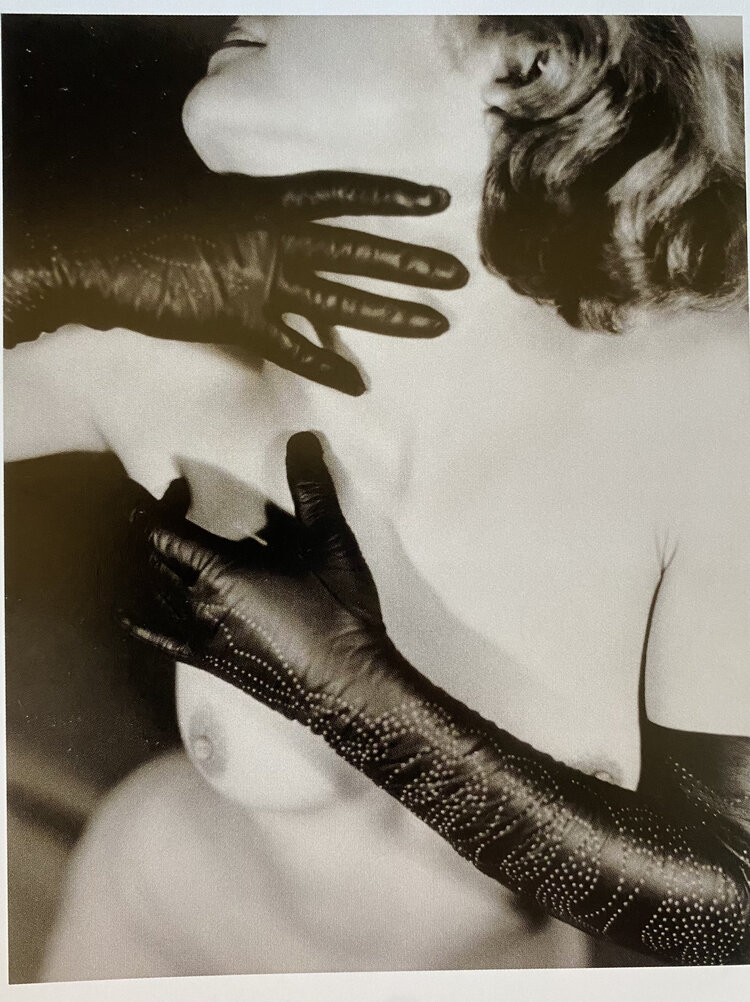 Since politics outline that women and men are the same, Scott denotes that some people believe that this brings forth equality, which remains unrealized. The biological differences of men and women are what give women separate unique identities from our counterparts. What Scott does not touch on is the hormonal. The only difference is a number denoted by scientists (historically men, as women weren’t allowed to practice medicine), this number is what determines if you will be categorized as Cis Male or Cis Female at birth, and the sexual organ/s are the first thing to be taken into account when babies are born. However, hormones fluctuate depending on our diet, how physically active we are, as we age, and do not remain the same. They are in a status of almost continually fluctuation especially in athletes. There are some women that have high testosterone levels and high estrogen levels, others have high estrogen and extremely low testosterone levels, and or equal levels. here are some men who are extremely large, muscular, and have high numbers of estrogen with normal levels of testosterone. There are also men that have equal levels of both, and or have high testosterone and low estrogen numbers. As such, you could take a more anthropological perspective about gender, and sex. Regardless of physical biology that might define “men” and “women”, gender is socially constructed, and how one dresses allows us to define our own identity while pushing back against societal constructions of identity that are rooted in In this sense, I completely disagree with Scott’s statement, “that if men and women in their specific gender groups continue to realize their differences, that we are not equal to one another, and that our identities are completely different, we can then begin to fix the identities that history has given men and women politically over millennia”(Scott, p. 265). We must, instead, recognize that we are each unique while accepting everyones’ definition of their own personhood and acknowledge the essential recognition of history as to not forget, and continue to fight against its ableist and racist confinement. We must evolve as human beings with our own rights to express ourselves and be loved however we the humans of planet Earth to find the healthiest manifestation for our own self.

It is not our sameness that gives us equality but our acceptance for whom individuals are, and, most essentially, for our uniqueness. The combination of our differences makes us unified, yet separate entities, which make up non-traditional wholes. It is these many unique combinations that enable different creative perspectives, visual art that heals the soul, calls the heart, and opens the mind. Our own callings allow for our own personal evolutions paired with the humans we surround ourselves with, the colleagues we surround ourselves with, and the friendships we cultivate that facilitate familial bonds so strong that they are as blood. The choices we make matter. The kindness we demonstrate towards other beings, the love we give, the courage we demonstrate, the honesty we uphold, the care we take, and most importantly the vulnerability we share is what gives us our humanity. This is the fuel behind the physical act we put into creation; art is love.